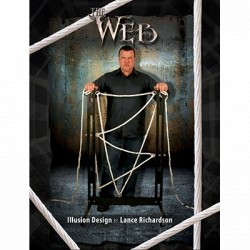 Effect: Our world is filled with unique creatures that appear to have magical abilities. Take the spider, for instance: it creates a beautiful work of art, then disappears like magic until prey stumbles into its trap. In this illusion, two volunteers prove that a 40-foot rope is real and solid before it's tied to a metal frame, creating a "web." The magician stands behind the web of rope, then his hands are tied and the lower part of his body is covered with a cloth. In an instant, he steps through the rope, drops the cloth, and reveals to the audience that he has "melted" through the impenetrable web. An impossible feat for any creature other than a spider...well, up until now!This book provides every detail to build this effect. A working mockup/prototype was built and photographed from every angle, providing a clear look at the featured effect. Along with detailed images from all angles, there is a complete set of workshop plans with ALL the measurements required and written details on performance, routine and building. I am sure you will find this the most comprehensive set of workshop plans available.Self ContainedExtremely VisualInvolves the audienceDetailed performance tipsThe performers hands and head are in FULL view throughout the effect"Lance Richardson has developed a great series of effects, big ideas in small packages, and then described them beautifully. These inspiring books deserve the attention of magicians."- Jim SteinmeyerPages: 24 - 8.5" x 11" - Softcover - Black and white illustrations and photos 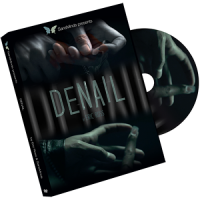 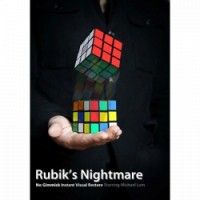