Beschreibung Bewertungen 0
Beschreibung
Quantum Mechanics is a new DVD from Irving Quant revealing a selection of his finest card magic... mehr
Menü schließen
Produktinformationen "Quantum Mechanics"
Quantum Mechanics is a new DVD from Irving Quant revealing a selection of his finest card magic and an awesome new technique for controlling not just a single card, but multiple cards in a way you probably never imagined. He calls it the Distribution Technique, and in our opinion, unlocks a whole new level for card magicians. What is the Distribution Technique? The Distribution Technique is a utility move, like the Clip Shift, that can be applied to literally endless applications. On this DVD, Irving explains many of its possibilities with several of his favorite effects. Who is Irving Quant? Irving Quant is a practitioner of the technical and historical aspects of magic as well as a working professional. He is a student of the great René Lavand. Contents Shotgun Immediately after any four of a kind, let's say the Kings, are clearly shown on top, the pack is riffled causing them to vanish. The cards are then spread to show the Kings are now evenly distributed face-up throughout the deck. Katana Spread A mysterious production of four cards that visually appear face-up as the deck is spread across the table. Pure Slap The four Kings are face-up on top of the deck as the spectator places the four aces face-up throughout the deck. The cards are cleanly squared with nothing to see. With just a riffle of the cards, the Kings and Aces instantly transpose. The four Aces are now on on top and in the center are the four Kings. This is without a doubt the most direct handling of this classic effect. There is no setup and it can be instantely repeated. Back Slap Back Slap is a variation of Pure Slap that has fooled many magicians and is great for your most skeptical spectators. Samurai Kut From a shuffled deck, the cards are tossed onto a table. As the cards land, they break into four even packets. The spectator can now turn over the top card of each to reveal the four Aces. Nyquist 1 The four Kings are placed face-up on top of the deck. Four selections are now removed and clearly inserted back into the deck. Everthing is squared. With just a riffle, the Kings vanish from the top. The deck is spread out to show the Kings are now face-up throughout the deck and directly next to each selection. Nyquist 2 In this variation of Nyquist 1, having four selections isn't necessary. After the four Kings are removed from the deck, they are set aside. The deck is now spread to show all the cards are face down. The cards are squared and the Kings placed on top. With just a riffle, the Kings vanish. The cards are now respread to reveal the Kings are now face-up in different parts throughout the deck. Ricochet This is a beautiful version of Bill Goodwin's Slap Exchange. Continuing with the theme of four card transpositions, Ricochet delivers like no other. Similar in effect to Pure Slap, but with the most surprising kicker that leaves no explantion. Ace Cutting 1 Irving's tribute to John Scarney's 'Cutting to The Aces'. After the cards have been thorougly mixed, you prove that no breaks, crimps or jogs will be used. You then proceed to cut to the four Aces. Ace Cutting 2 Similar in effect to Ace Cutting 1, however, in this variation, you explain that the reason why you were able to cut to the Aces is because they were marked as you turn them over to show they're a different back design from the rest of the deck. It doesn't stop there though as you now turn over all the cards to show they're blank. Sleights Distribution Technique Many of the tricks on this DVD heavily rely on this technique. "It's a new priciple in card magic that allows for many new ideas." It's a technique for controlling multiple cards throughout the deck or the opposite of a multiple shift. Thering Multiple Shift Irving's method for controlling mulitple cards from the center of the deck to the top. Atfus Variation Irving's variation of the Atfus switch, a technique used to switch cards undercover. Extras: Multiple Peek Control Ambitions Kings Switch Location Theron's Trick. Extras Multiple Peek Control , Ambitious Kings , Switch Location , Theron's Trick,
Weiterführende Links zu "Quantum Mechanics"
Bewertungen 0
Bewertungen lesen, schreiben und diskutieren... mehr
Menü schließen
Kundenbewertungen für "Quantum Mechanics"
Bewertung schreiben
Bewertungen werden nach Überprüfung freigeschaltet.
Ähnliche Artikel Kunden kauften auch
Ähnliche Artikel 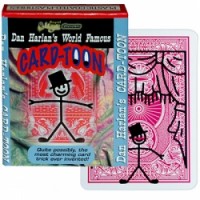 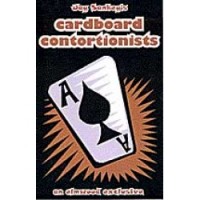 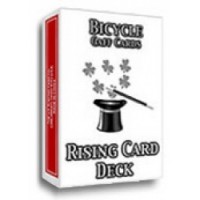 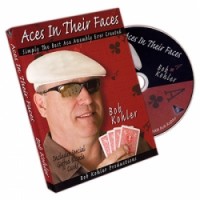 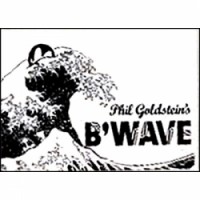