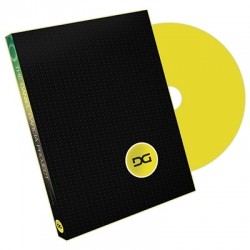 Beschreibung Bewertungen 0
Beschreibung
In 2005, Daniel Garcia started production on a 3 volume DVD set that what was soon to become an... mehr
Menü schließen
Produktinformationen "Daniel Garcia Project Vol #6"
In 2005, Daniel Garcia started production on a 3 volume DVD set that what was soon to become an instant classic among the magic community. With highly visual effects, and off the wall techniques, The Daniel Garcia Projects became a must-have for a new generation of magicians as well as seasoned professionals. Now, with the help of Paul Harris and the Buck Twins, Garcia has signed off on the final chapters of his new set. Welcome to the much anticipated release of - The Daniel Garcia Projects volumes 4, 5, and 6.Volume 6. V.I.S.A - Visual Instant Static Attraction. Instantly cause the magnetic strips on two credit cards to ACTUALLY become magnetized, attracting and repelling each other. One Point Production 2.0 - An extremely visual production of a single card that can be performed all in-the-hands! Pop - Magically cause a signed playing card to appear INSIDE of a balloon that the spectator has inflated and is holding. Vortex - Cause a selected signed card to appear BETWEEN a spectators hands without touching them Ham and Cheese 2.0 - A revamped version of Daniel Garcia's classic effect "White or Wheat" all done in the spectators hands! Magically cause a signed card to appear between two jokers INSTANTLY and VISUALLY. Static Sandwich - A magical combination of "V.I.S.A" and "Ham and Cheese 2.0" where a selected card visually flies out of the deck and is caught between the two jokers as if attracted my a magnetic force. On The Rocks - One of the most visual coin through glass effects you will ever learn with NO EXTRA coins! Tric-Tac - Visually change the color of every single Tic-Tac in the container and IMMEDIATELY let the spectator examine everything. iATM - Included on this DVD is the bonus files to magically pull money out of your iPhone. NO APP NEEDED The OK Coin Vanish - Seen on volume two of The Daniel Garcia Project, but not taught, now learn Daniel's one handed coin vanish. Complete with alternate handling.
Weiterführende Links zu "Daniel Garcia Project Vol #6"
Bewertungen 0
Bewertungen lesen, schreiben und diskutieren... mehr
Menü schließen
Kundenbewertungen für "Daniel Garcia Project Vol #6"
Bewertung schreiben
Bewertungen werden nach Überprüfung freigeschaltet.
Ähnliche Artikel Kunden kauften auch
Ähnliche Artikel 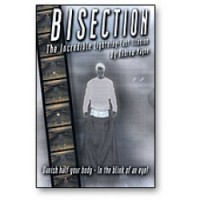 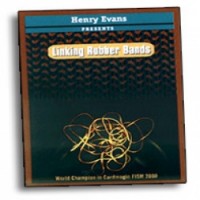 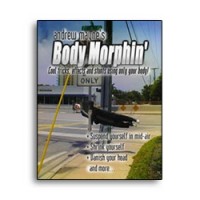 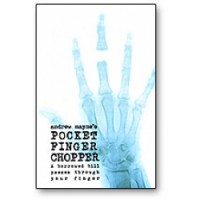 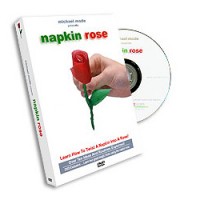